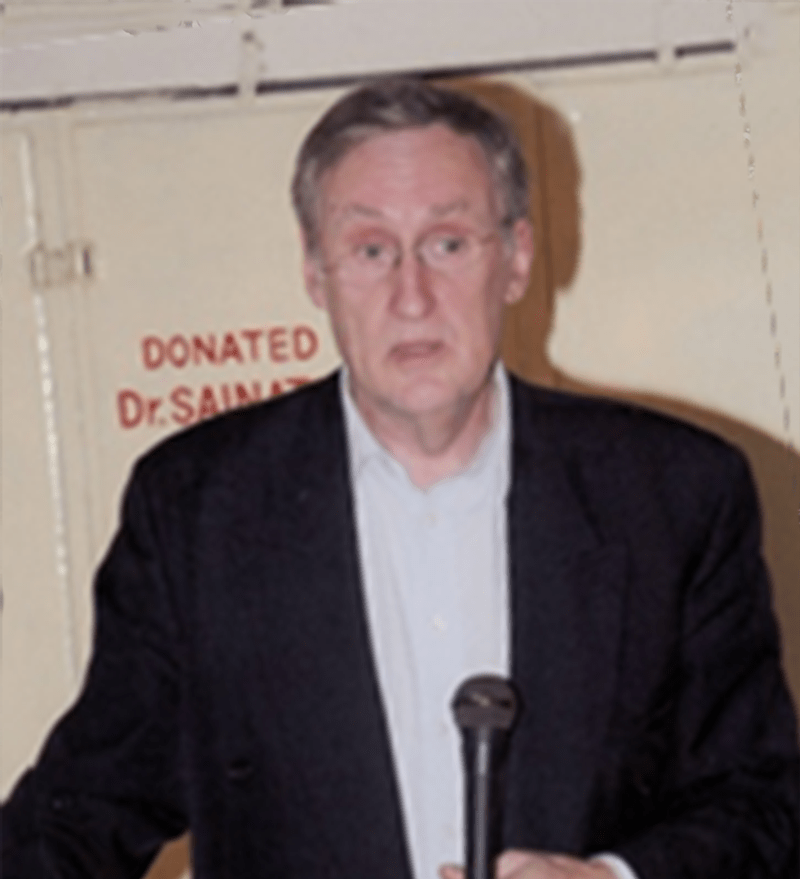 Dr. Henk-Maarten Laane, MD, started his professional career in 1967 at the Anatomy department of the University of Amsterdam. As a senior lecturer, he teaches medicine, dentistry, and physiotherapy Anatomy, Embryology, and Pathology. His field of research was ‘the human heart’, and he became a Doctor of Philosophy in 1978 on a thesis on the development of the heart. In the same year, he was appointed as a coroner for Amsterdam.
As a Medical doctor, he worked as a general practitioner from 1973-2000.During this period, he consulted patients with HIV/AIDS diseases, and in 1990 he left the University and started research in medicines and treatments of AIDS, including the application of HIV antibodies on severe ill patients. He wrote a book on HIV & AIDS in 1992. Henk-Maarten has given many lectures on this topic worldwide and was appointed as a board member of ISSAG (International Society of Silicon in Agriculture) with over 30 publications in his name. 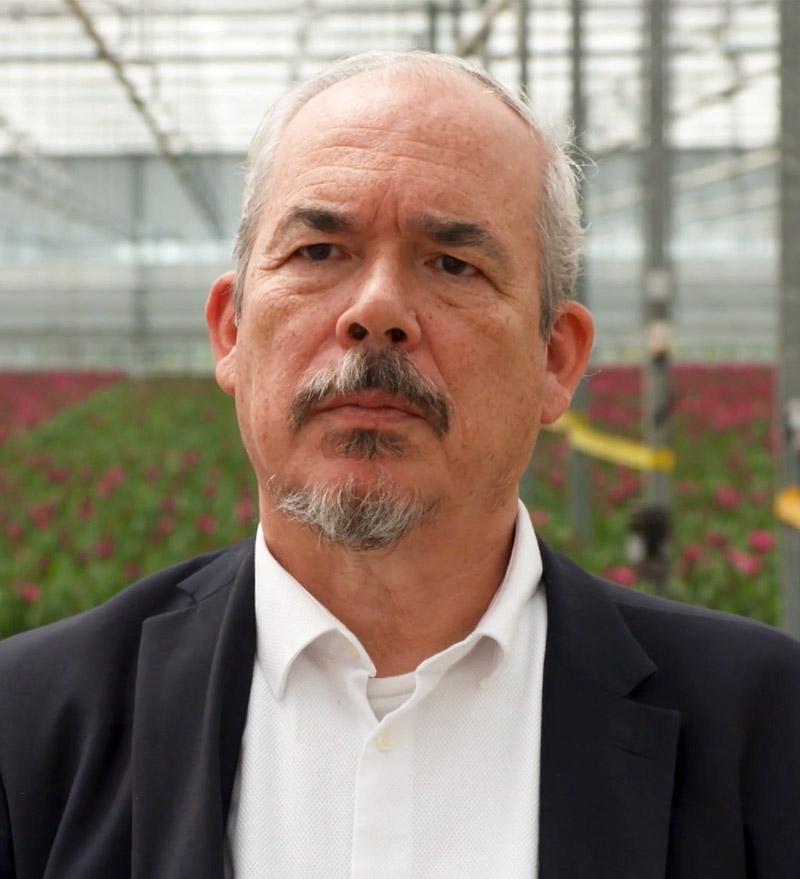 Cees van Stee is a sustainability expert who creates award-winning sustainability agriculture and aquaculture programs in a mission-driven organization (Rexil Group).Cees started his mechanical engineering education at the Dutch Technical University of Delft. After graduating with a specialty in nuclear engineering MSc, he started his career in Oil and Gas at Shell and then in Exxon. Cees worked with Exxon Mobil for over 20 years and began his own company in fuel distribution in The Netherlands and Belgium in 2005. Since then, Cees got involved in agriculture in 2010 and has dedicated himself entirely to agriculture and the green movement. He became CEO of Rexil Group in 2013 and led ReXil Agro’s innovative biostimulants technology into new paths, applications, and blue-green circular economy.
He played a crucial part in creating an industry-leading sustainability strategy based on the Blue-Green economy. Capable of blending big-picture viewpoints with tactical consideration and creative financing to influence various stakeholders. A proven leader with strong interpersonal skills to develop networks, build consensus, prioritize effectively, and create partnerships across the organization and supply chain. 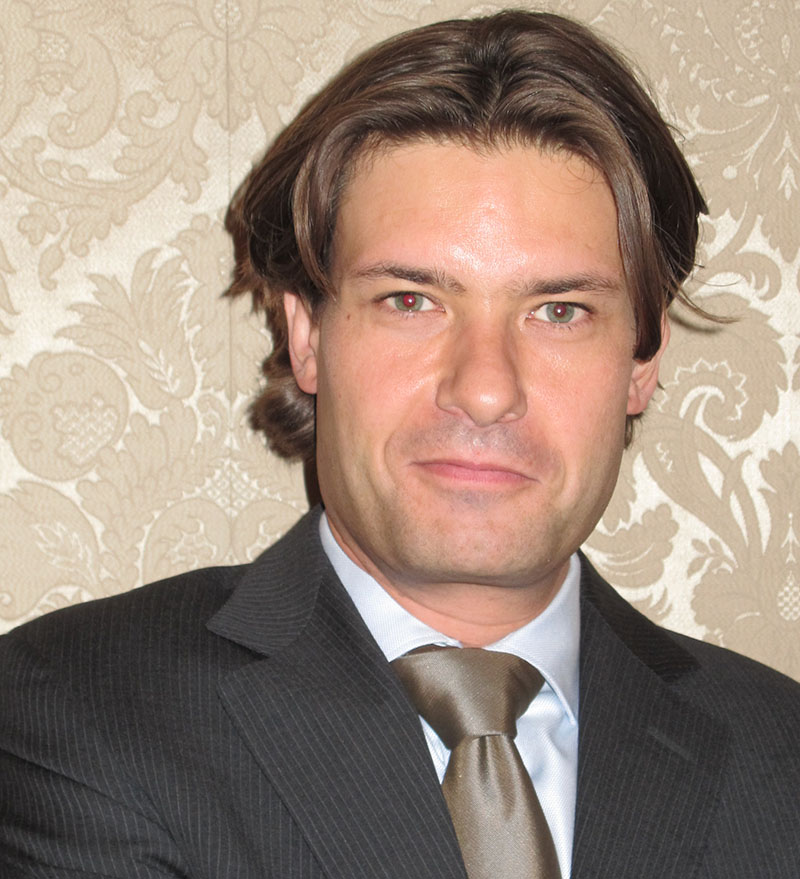 Frank Nagel has been involved in Rexil since 2005, as shareholder and business development manager.
Frank has been a venture capitalist since 2004, focusing on: healthcare, food security, and biostimulants for agriculture and aquaculture, after having a career as a tax adviser (EY, Ernst & Young), and in Trust Management. Frank has been instrumental in the launch of the Rexil product range on various markets. Frank holds a Master’s Degree in Tax law at the University of Groningen. 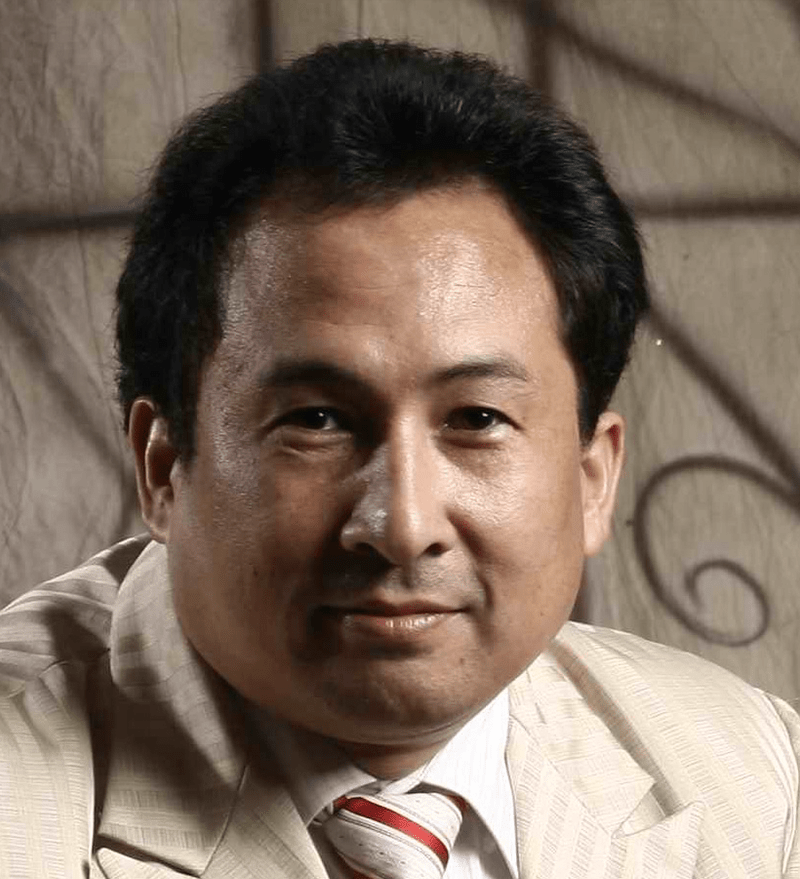 Drs.William L Nolton’s educational background and business experience and his genuine concern for both the environmental and social wellbeing of rural communities set the stage for developing a Circular Bioeconomy model that addressed both the agronomic and the economic sustainability requirements. This model, combined with an in-depth knowledge of agriculture, aquaculture, natural food supplements, and herbal pharmaceuticals, has enabled him to establish one of the most successful commercial projects in the SE Asia region. William was awarded twice in 2007 and 2009 for the best performing Agroforestry Circular Bioeconomy projects in the Asia-Pacific region. He further became “researcher of the year” in Miami, USA (World Americas 2009) for his World-renowned cutting-edge, groundbreaking, pioneering research in Agroforestry Circular Bioeconomy Development.In 2013 William received the best “Technology for People’s Welfare” award from the Indonesian Agency for Agricultural R&D. His continuous successes throughout all these years reflect his commitment to the Forestry and Agriculture Ministry, the local Forestry and Agriculture agencies, and the collective farmer groups and rural communities in SE Asia. 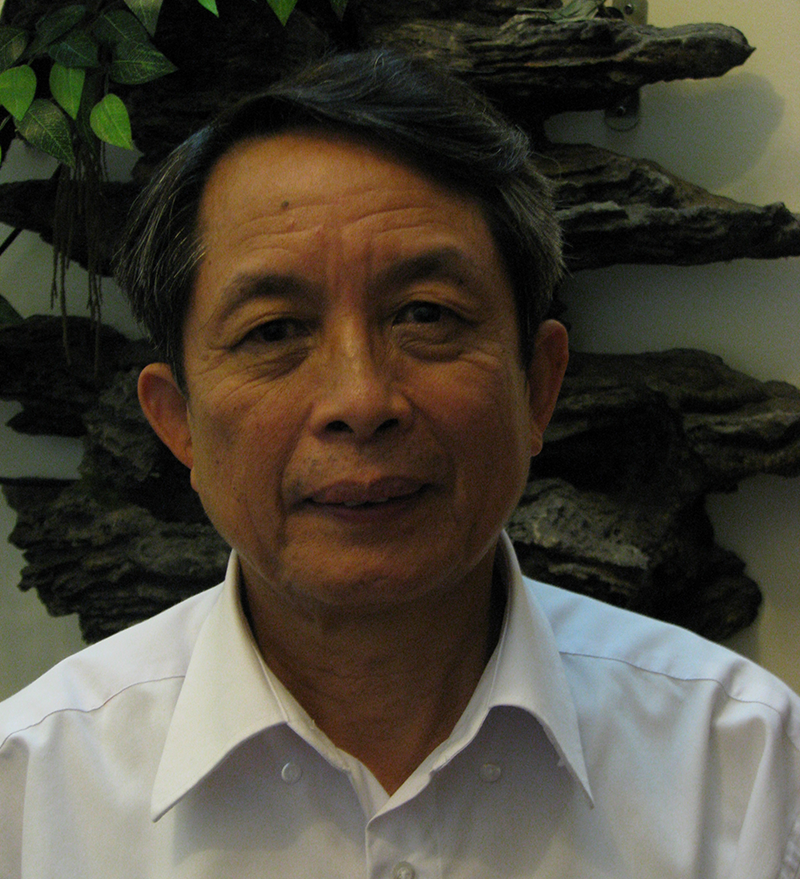 Academician Dr Professor Tran Dinh Long is our Technical Regional Vietnam Director and leads Rexil Asia’s scientific advisory board to provide expert guidance to the scientific research, development and innovation activities in Vietnam. Professor Tran Dinh Long is the most senior agriculturalist in Vietnam. Graduating in Biology in the 60s of the last century, he was granted a PhD in Agronomy in 1979. In 1983 he was awarded a Doctor of Science in Biology. The Vietnam government appointed Prof. Long as the First Vietnamese Academician of the Academy of Agricultural Sciences and a Professor of Agriculture in 2002. As a leading scientist of Agriculture in Vietnam, with nearly 30 years of working at the Vietnam Institute of Agricultural Sciences, Prof. Long has professional knowledge and rich experience in seeds, plant technologies and science, and solutions for sustainable livelihoods and agricultural development policies. He published 17 books and 125 research articles in Vietnam and abroad. He has been Professor at Hanoi Agricultural University, Second Agricultural University and is currently an “Inviting” Professor at the Vietnam Institute of Agricultural Sciences post-graduate faculty. 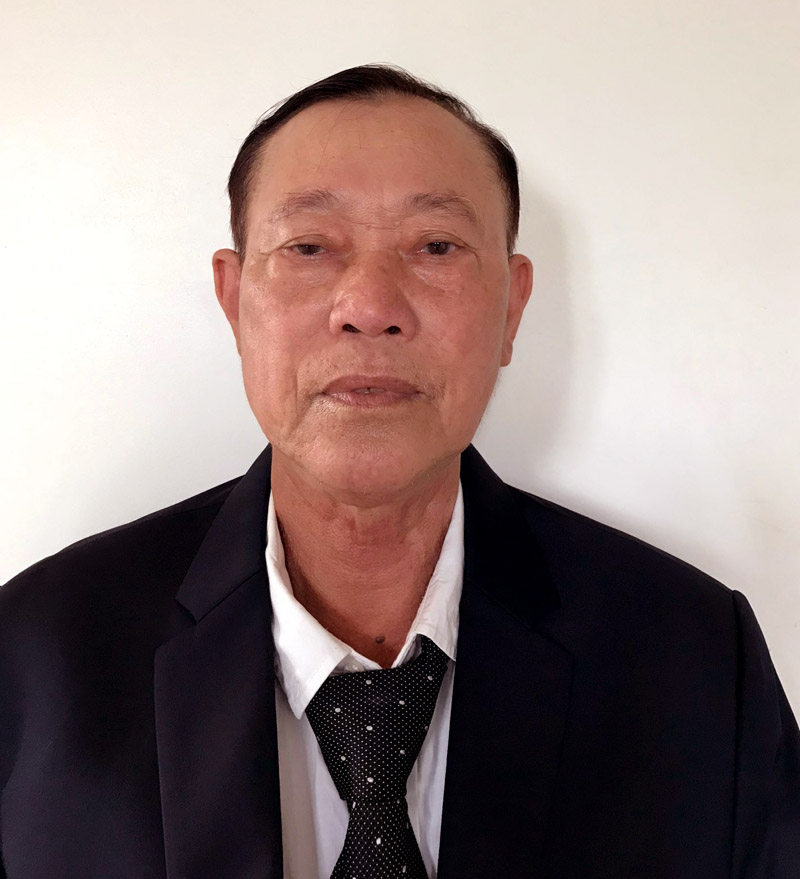 Mr.Nguyen Tri Lanh graduated from the Academy of Finance. He focuses on HR management as well as accounting. He has over 25 years of experience in business management and Human Resources in Vietnam, encompassing multiple industries. Tri Lanh was the HR Director for the Commercial Division of 1Stop Consultancy group, overseeing more than 1.000 employees all over SE Asia. He also held several senior leadership positions as SE Asia HR Business Partner for Finance, Strategy and Marketing in the HiTech Medic JSC corporate headquarters in Hanoi and as Regional HR Business Partner, Consumer and General Adhesive business for Central Vietnam before joining Rexil Asia Co., Ltd. 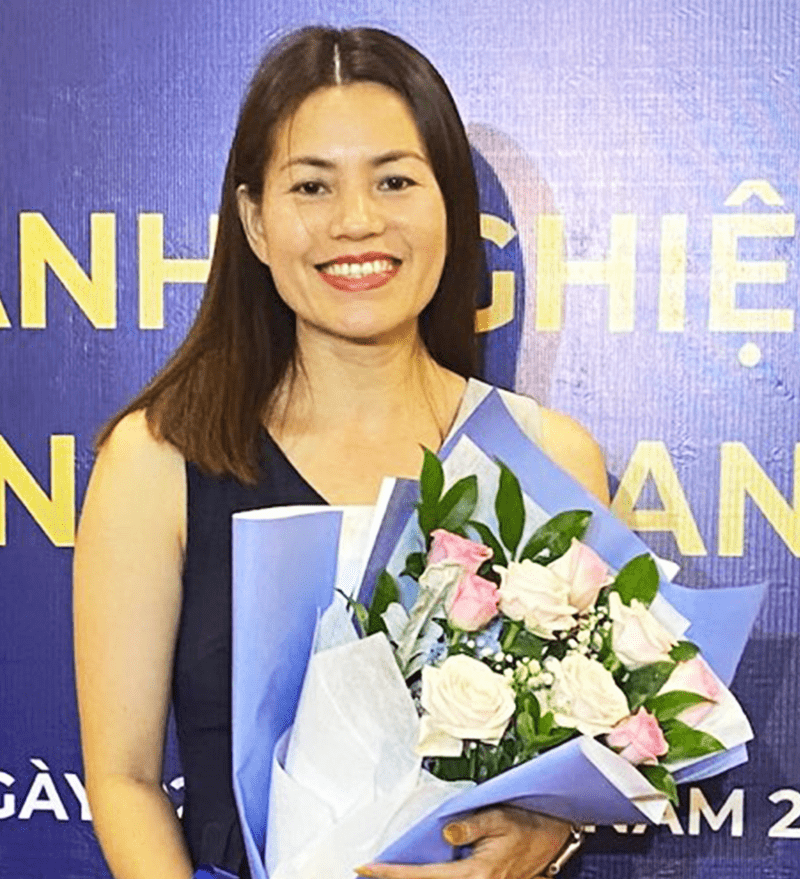 Nguyen Thi Hien graduated from Vietnam National Economics University with a major in the Faculty of Hospitality & Tourism.
She has more than ten years of experience as a marketing manager.
Hien started her career in Indonesia, Malaysia, and Germany. Then in 2019 started opening her own business in Vietnam; 1StopVN Co., Ltd, which became one of the members of VCCI (Vietnam Chamber of Commerce and Industry) in Nghe An province, Vietnam. 1StopVN is a consultancy company in Quality Management Systems and ESG/CSR Implementation (Integrating Sustainability into Management Systems). Hien is also a member of the Nghe An Woman Entrepreneurs Association, where she promotes, supports, and advises women entrepreneurs all over Vietnam. In 2020 she became the Deputy Director of HiTech Medic JSC, and in 2021 also the Marketing Director of Rexil Asia Co., Ltd. 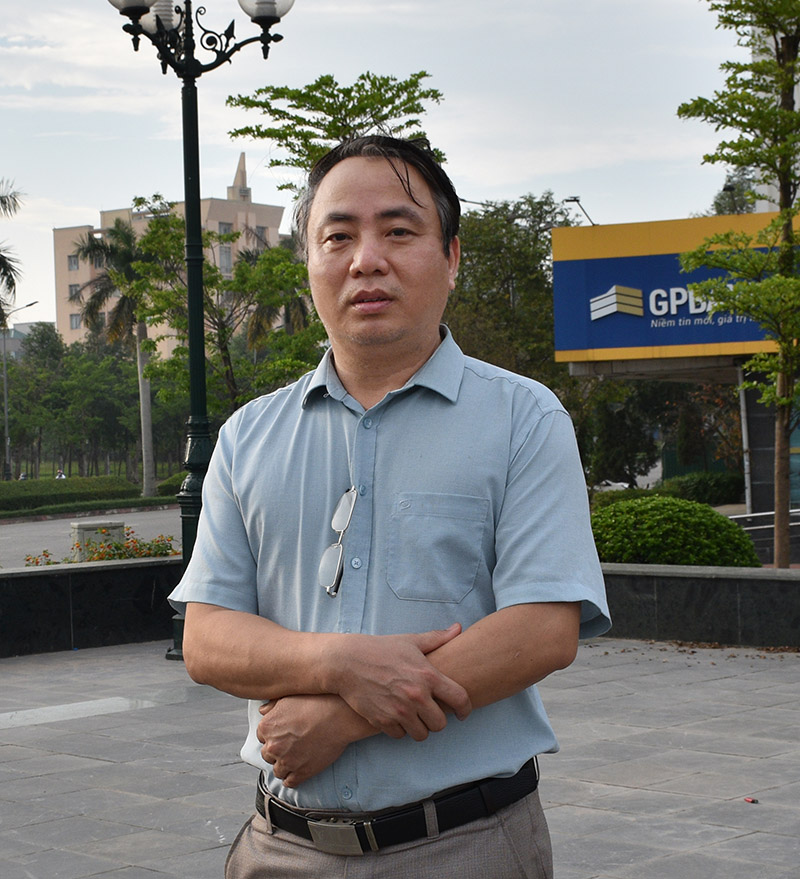 Dinh Huu Hai, a Civil Engineer, graduated from Nha Trang University, majoring in Aquaculture. He has more than 18 years of experience in aquaculture in Vietnam.
Mr Hai was Chief Consultant of the UN Aquaculture Project for Vietnam and consultant Project Manager for the Ministry of Agriculture in charge of Nghe An province CRSD Project of the World Bank (Sustainable aquaculture in coastal regions of Vietnam). Hai has supported, guided, and advised thousands of households living along coastal areas engaged in mariculture. He was heavily involved in transforming small-scale fish and shrimp with outdated technology, low economic efficiency, and unsustainability causing environmental pollution into more sustainable farming methods and better higher economic efficiency. After witnessing and getting involved in Rexil trials in 2021, he fast became the Operational director of Rexil-Asia Co., Ltd, in charge of the daily operations and the establishment of the Rexil “Cua Lo” Aquaponic training and education centre. In his opinion, Rexil products will be a game changer for many smallholders, filling the gap and access to better technology towards a truly blue-circular economy. 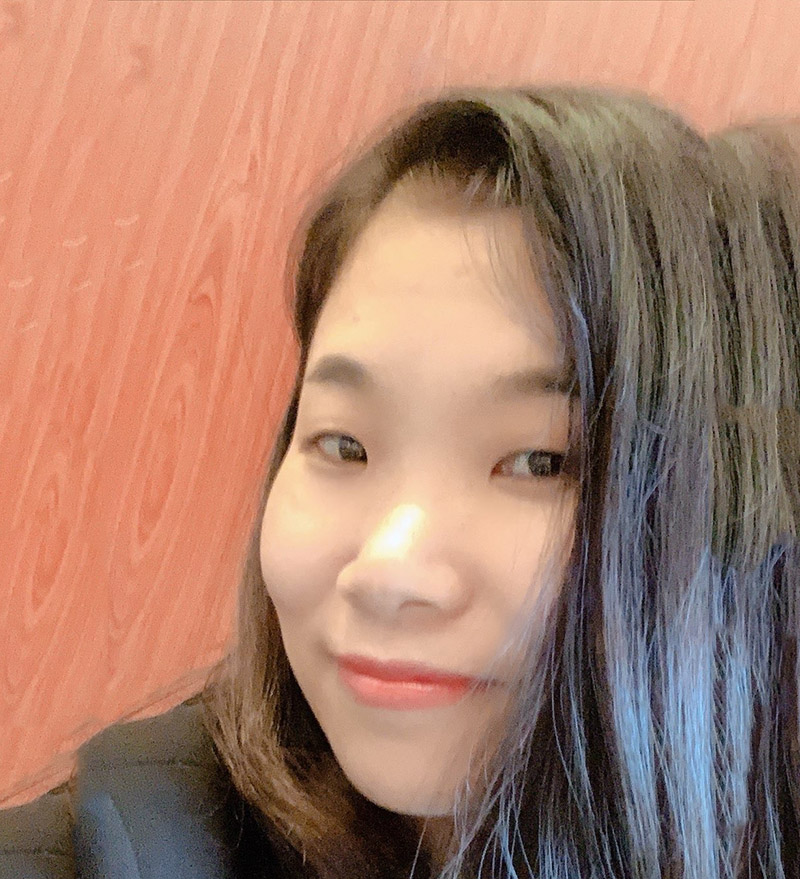 Le Thi Ngoc Dieu graduated from the National foreign languages College with Bachelor’s degree in Chinese. She has more than 10 years of experience as a sales manager.
Mrs. Dieu was a Sales supervisor for Panasonic industrial devices Vietnam and was in Asian Project Development Manager for Universal Mining PteShe also held several senior leadership positions as Sales manager for Huaxun auto company, Toyosho industrial products, Sales supervisor for Panasonic industrial devices Vietnam.
Dieu supports and assists the Sales Manager in leading, directing and motivating the sales team in order to achieve the overall corporate sales objectives. Assisting the Sales Manager by completing all assigned duties, listening to customer requirements and presenting appropriately to make a sale.